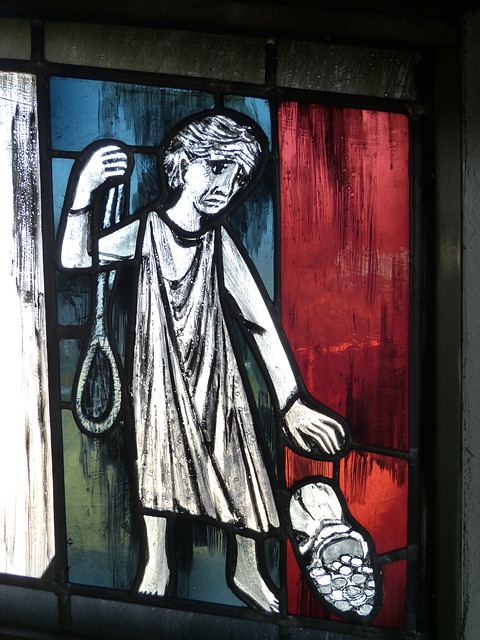 One of the most visible people proclaiming to be a Christian today is the President of the United States. If you follow his tweets, you might be led to question, however, if he is behaving in a Christ-like manner.

When people go against the President, it seems that his reaction is to Tweet negative comments about those people or to give those people derogatory names. Whether it is “Shiffy Schiff” or any of the following are just some of the names that he has used to belittle people:

Of course, there are examples of how Christ responded to people in the Bible. The biggest betrayer of Christ would be Judas. Judas betrayed Christ with a kiss, which lead to Jesus’ arrest:

Luke 22:48-51 but Jesus said to him, “Judas, would you betray the Son of Man with a kiss?” And when those who were around him saw what would follow, they said, “Lord, shall we strike with the sword?” And one of them struck the servant of the high priest and cut off his right ear. But Jesus said, “No more of this!” And he touched his ear and healed him.

If this were to have happened in modern times, Jesus would not have tweeted “Jerkface Judas” when he knew he was about to be betrayed. In fact, no negative words were spoken by Jesus at his arrest. Rather, Jesus made the effort to stop others from harming Judas and even went further by healing Judas’ ear.

Similarly, Jesus was denied by Peter three times, but the cursing and swearing was done by Peter (Matthew 26:74), not by Jesus. Jesus actually had told Peter that the denials would happen. While Jesus could have told Peter how pathetic he would be (and then was), he didn’t. Had this happened today, there would not have been any “Pathetic Peter” tweets coming from Jesus.

Ultimately, people will be people. Some will stick with their leader and some will turn against them. As Christians, we should show love and compassion towards others regardless of the stances they take. One thing is relatively certain, if Jesus were President and people were turning on him, he would not be calling them derogatory names and belittling them. Rather, he’d be showing love, compassion, and forgiveness.

Because it will come up in discussions, Jesus did seem to get angry at a few people. Primarily the people he yelled at were the moneychangers and animal sellers that were in the temples. He did not yell at them for having an opinion or because they made personal attacks at him. Rather, he yelled because they turned a church into a marketplace (John 2:15-16). Having said that, the full details of what he yelled is not known. It is doubtful, however, that it was personalized name calling. That would not have been Christ-like!